ArrowStream data continues to signal that the return of the consumer to restaurant dine-in has been careful and that independent restaurants are being hurt more from the lockdowns than restaurant chains. According to RestaurantData.com, less than 10 percent of chain restaurant stores in the U.S. are directed to full-service dining while that share is almost two-thirds for independents.

ArrowStream economists have been closely monitoring our network data of more than 200 restaurant brands over the last several weeks and compared food spend data between states that have re-opened and ones that have not.

"ArrowStream’s network has seen an improvement in buying from distribution activity six of the last seven weeks, which is consistent with the better sales activity we are hearing from the industry. Good news, for sure. However, so far there is virtually no difference between the states that opened dine-in early and the rest of the U.S. This suggests a cautious consumer, which is likely to be the trend for at least the next several weeks." 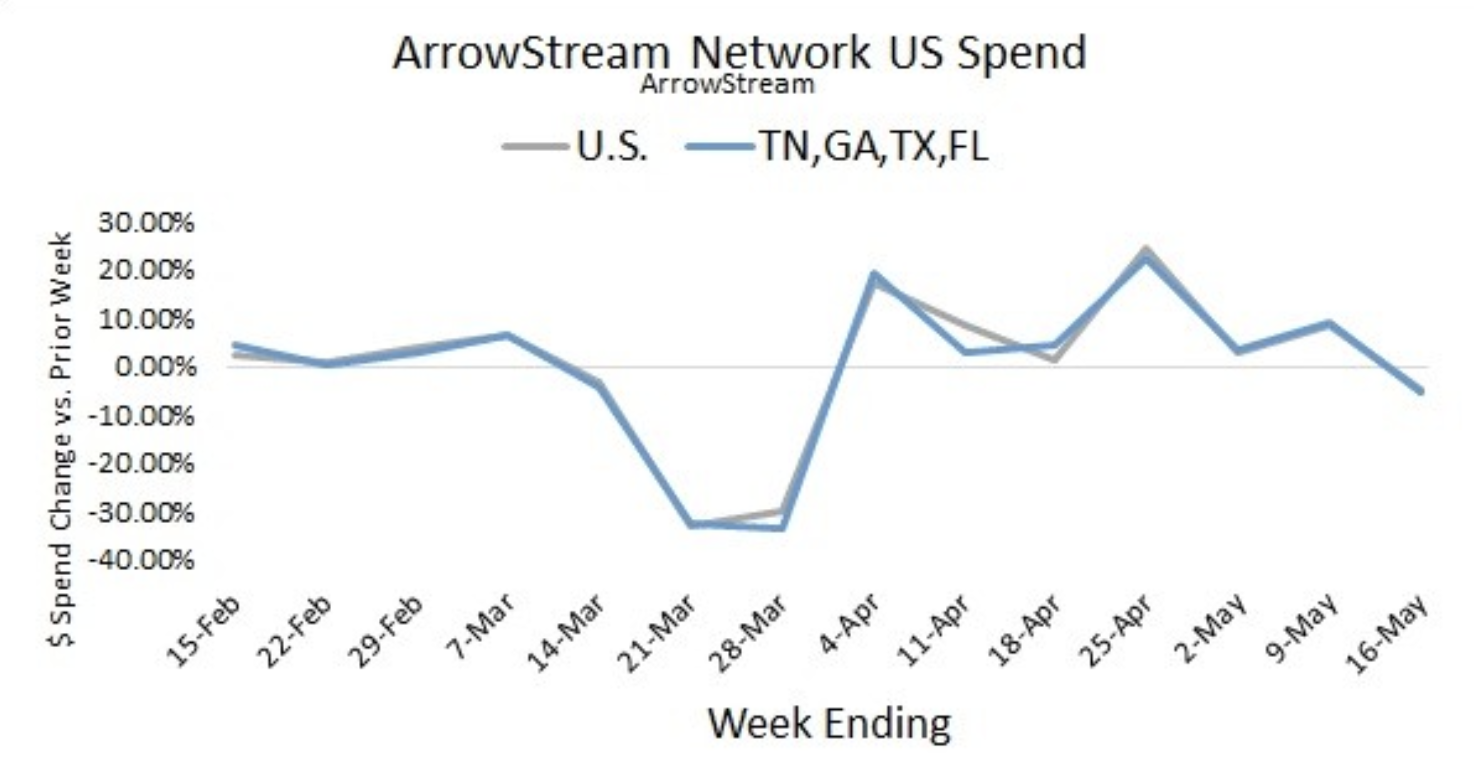