Analysis of ArrowStream’s network of more than 200 chain restaurant brands by our economists revealed June data which signaled that the overall restaurant industry continues to slowly improve, but remains below year-ago levels. However, with states confirming recent increases in COVID-19 cases, action is being taken again to curb the spread which may further slow the improvement we have seen.

"During the four weeks ending June 27th, store purchases through the network rose almost 5 percent from the prior four weeks and were just 8.2 percent less than the same weeks last year. Substantially better than May’s BLS data. This continues to signal that chain restaurants are faring much better than independents, especially those with strong off-premise programs before COVID-19. However, California recently closed restaurant dine-in for 19 counties. To put that in perspective, those counties account for nearly 10 percent of U.S. restaurant sales - more than any other state. Florida, the fourth largest restaurant state accounting for 7 percent of U.S. sales, reported another record rise in cases late last week. Several states have taken action to curb the spread, including limiting alcohol sales, delaying opening plans, and rolling back dine in."

"This is likely going to continue until we have a health solution. There have been encouraging vaccine trials in the news in recent weeks. But probably the best case scenario is that those will be available to the general public early in 2021." 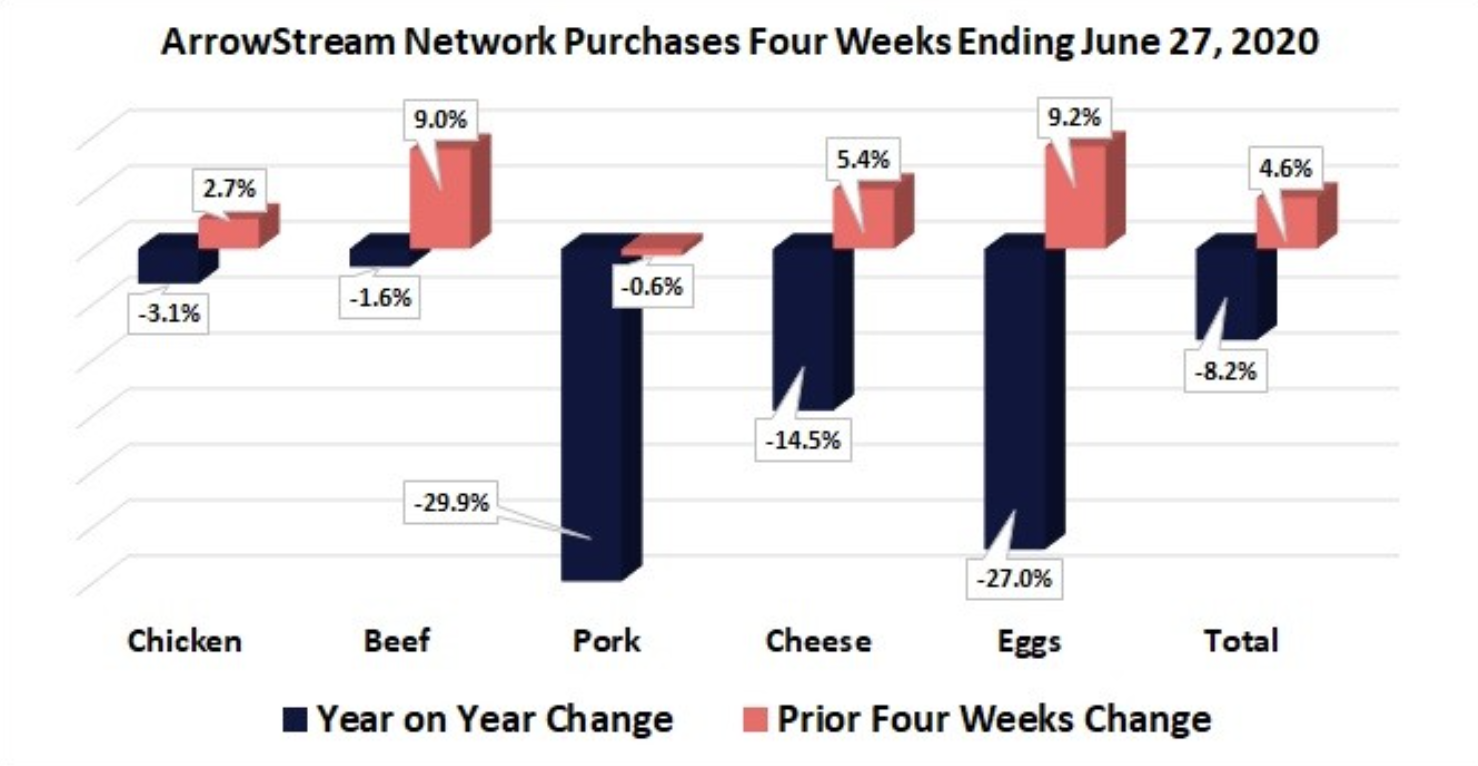