Strong Pork Exports to China Now But What About Next Year?

October pork belly disappearance (consumption and exports) was 4 percent better than prior year, while total pork disappearance was up 4.9 percent.

"Not overly shocking numbers given the African swine fever concerns in Asia," said David Maloni, ArrowStream's chief economist. "As a matter of fact, pork output growth has been outpacing disappearance growth at levels above the respective five-year average levels for most of 2019 despite stronger exports. In other words, pork production expansion has generally outmatched the surge in pork exports to China so far."

What Can We Expect for the Future?

"We suspect strong pork output gains will continue to temper the impact of stronger pork exports due in part to strong pig per litter yields in the near term," said Maloni. "But there certainly is a risk in 2020 that China will step up protein imports." 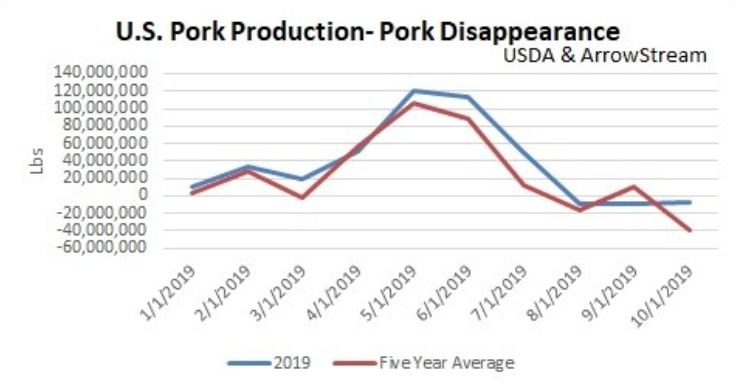