Russia’s invasion of Ukraine on February 24th has produced dramatic repercussions throughout the global commodity market as both countries are principal exporters of several major commodities. The conflict has disrupted regional commercial activity and international sanctions on Russia from the US, UK, EU, and Canada have obstructed the trade of multiple major Russian exports. 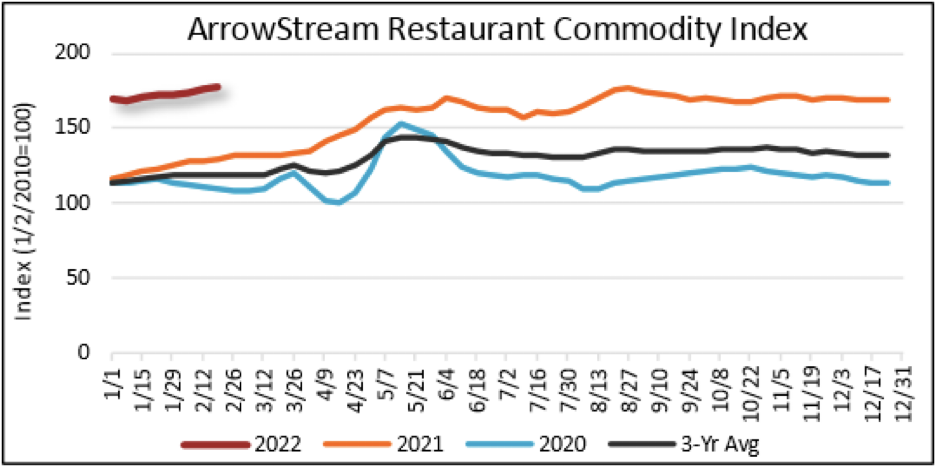 Wheat prices have surged as a result of the Russian-Ukrainian conflict. By the end of the day on February 24th, the price of Chicago soft red winter wheat, Kansas City hard red wheat, and Minnesota hard red spring wheat had increased by 5.7%, 5.4%, and 2.9% respectively. Over the first two months of 2022, wheat prices have jumped 37% and corn prices 21% - after already increasing 20% the year prior. Russia and Ukraine are both among the world’s principal exporters of cereal grains. Ukraine is the world’s seventh-largest producer of grain and fourth-largest exporter of maize, barley, wheat, and meslin. Russia is the third-largest producer of grain and the world’s largest exporter of barley, wheat, and meslin. Of the 207-million tons of wheat traded internationally, 17% is produced by Russia, and 12% is produced by Ukraine. Ukraine also exports 16% of the world’s corn. The United States Secretary of Agriculture, Tom Vilsack, plans to increase grain production among US farmers to offset the global impact of obstructed Ukrainian exports. Grain markets are anticipated to remain volatile and costly until global supply improves.

Prices in the petroleum sector have also skyrocketed as a result of the conflict, with crude oil traded at over $100 per barrel for the first time since 2014. Russia is the world’s third-largest producer of crude oil and its leading exporter, totaling over 5-million barrels per day and comprising 12% of the global trade. Russia is also the world’s second-largest producer of natural gas and its leading exporter, totaling 18% of the world’s supply. US markets have seen rapid fluctuations in the price of fuel as crude oil and natural gas inventories were down 10% from their average level. The national average retail price of diesel fuel and gasoline have increased by 36% and 34%, respectively, in comparison to their prices in February 2021.