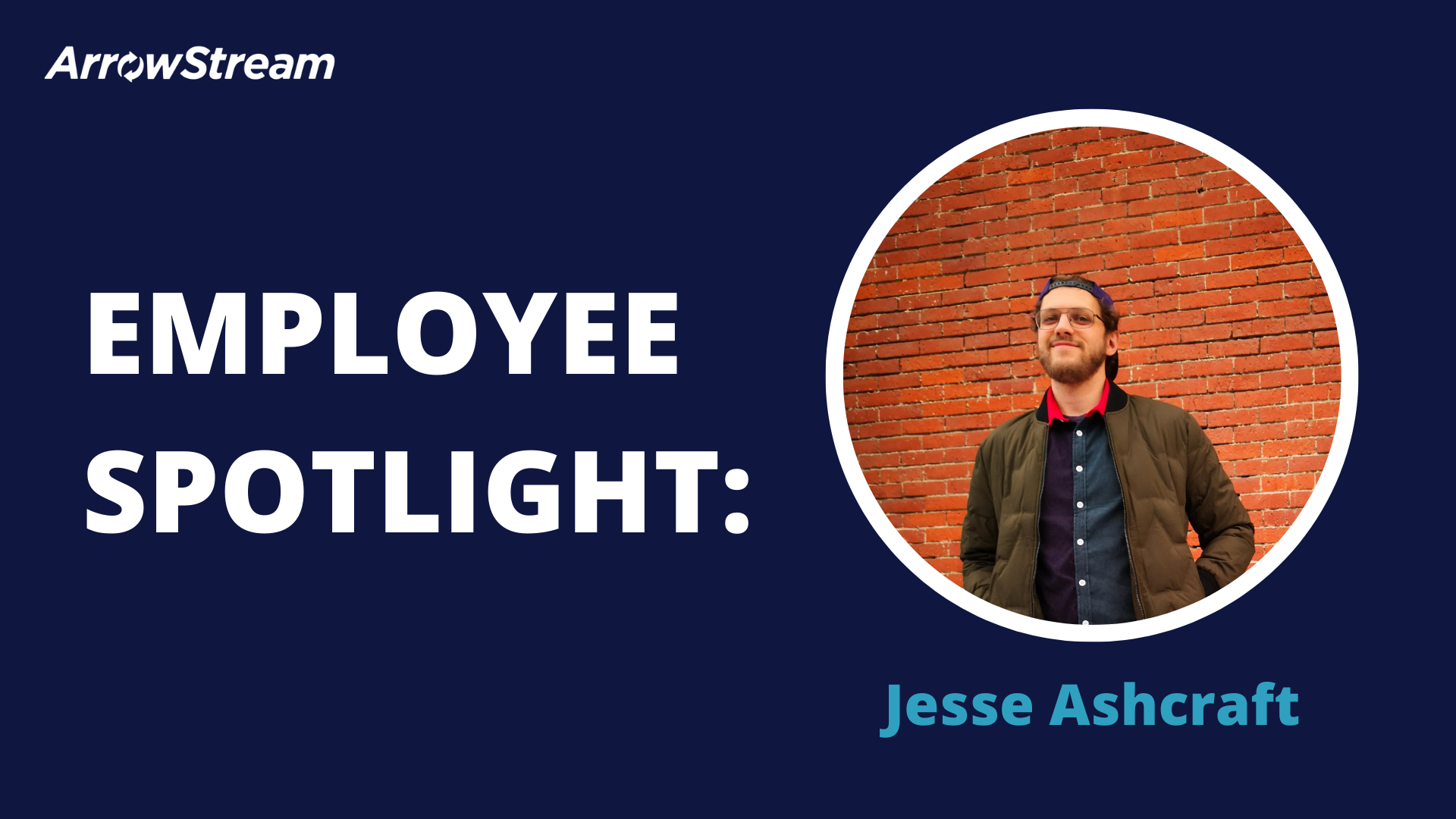 For this week’s employee spotlight, we are excited to introduce Jesse Ashcraft. After four years of work in education and marketing, Jesse joined ArrowStream in June of 2018 as a Data Integration Analyst. This summer marks his fourth year with the company.

Could you tell me about yourself?
My name is Jesse, I’m a Data Integration Analyst working under Nia and Krystle. I work with distributors to set up new feeds for customers and I’ve been here for about four years.

What made you want to work at ArrowStream?
A friend of mine contacted me out of the blue because the company desperately needed someone to help. I believe our team currently has ten or eleven people on it; at the time it was just him. When he left the company, they needed someone to fill the role so he contacted me. Even though I didn’t have the background experience for one to think it would be intuitive for me to move into this area, they decided that I would be able to learn it and I wound up coming on board.

What’s your favorite part of the job?
The people. I really appreciate the team, they try to make it as positive of an environment as possible; and we’ve got an especially hard-working team, especially Nia.

How frequently are you working in cooperation with others in a group as opposed to individual projects?
We will often break up larger projects into individual pieces. For example, an integration project one of our largest distribution customers, which we have been working on for over a year and has taken up most of my, Krystle’s, and Ryan’s time, is, in a sense, a group project, but it’s broken up into individual assignments.

What’s something most people don’t know about you?
I used to be an English teacher in Saudi Arabia.

Could you tell me about that?
I was teaching English as a foreign language to first-year university students. I did that for a couple of years, and I quite enjoyed it. It’s a great way to meet a lot of interesting people and to travel, which is probably the main reason that a lot of Americans do it.

Is that why you did it?
Yeah. A friend of mine was out there, and he contacted me, trying to sell me on the idea, so I came out and it wasn’t the last teaching job I had. I went on teaching for a bit. It was a new and interesting experience.

What kind of distances do you run?
It varies depending on what level of fitness I’m in. The best experiences I’ve had were running half-marathons.

What are some of your favorite topics to learn?
I like to learn languages. My significant other is Chinese so I’m trying to learn Chinese right now and it is a challenge. I’m also trying to teach myself some programming languages.

How many languages can you speak?
Fluently, just English. I can get by just fine in Spanish if I were dropped in a Spanish-speaking country. I would struggle hard in Chinese and in a past-life I studied biblical-Hebrew and Latin.

Do you have any plans for the future you’d be willing to share?
I guess we’re going to have to see. Everything is continuing to be uncertain with the economy and different things like that. I was able to buy a house a couple years ago and I’m renting out the space to some roommates. I’m trying to decide if I want to sell the house or not, or if I should. With all the news about the real estate bubble on the front pages, it’s a question on my mind.