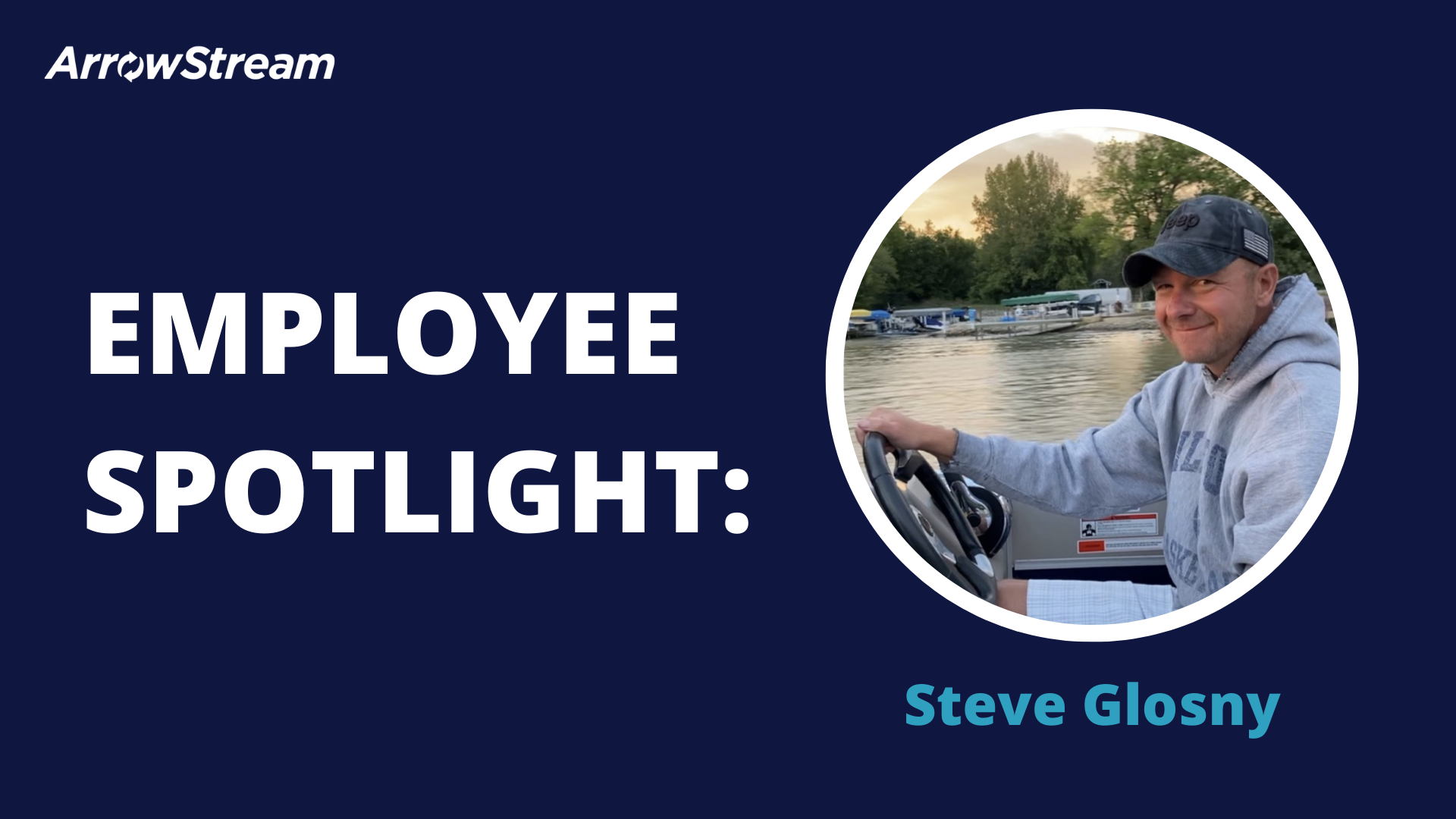 Steve Glosny is the Senior Director of Software Architecture at ArrowStream. Steve has been with the company for twelve years and possesses over twenty years of experience working in software architecture and development.

“Steve is one of the most intelligent yet down to earth software architects with whom I’ve had the privilege to work. He was a great mentor for me, someone I aspire to become more like in many ways. His mastery of object-oriented design is rare and when mixed with his many technical proficiencies, desire to help, attractive personality, and integrity, he is a true asset for any organization.”
- Frank Thiemonge, Retired ArrowStream Senior Developer

Could you explain what software architecture is and how it differs from software development?
Software architecture is a component of software development. Think of it in terms of building a house. Before building a house, you typically have an architect create diagrams for how a house is going to be built. These diagrams are distributed to the different construction crews to physically build the house.

While I may assist from time to time, our development teams are more than capable of creating their own architecture diagrams to build our applications.

There is a higher-level architecture involved and it has to do with how all our applications integrate with one another, both now and in the future. To go back to the house metaphor, picture a neighborhood – before a house is built, a city planner figures out how the house will have to be built in concert with the existing infrastructure so it can get plumbing and electricity.

These higher-level questions are my direct concern.

Ideally, as Director of Architecture, I have a holistic view across all our applications and technologies and am forward thinking, developing strategies to help them evolve to meet and exceed our customer’s future needs.

How did you get started working in IT?
Even as a child, I was always passionate about technology. It started with playing video games. I liked them so much that I wanted to create my own, so in middle school, I taught myself BASIC and started creating my own games. Coding just came easy to me, it made sense. That passion continued into college, so being a Computer Science major was a no brainer.

Steve Jobs had a quote from a commencement speech, it was something to the effect of "Your work is going to fill a large part of your life, and the only way to be truly satisfied is to do what you love.” Being a geek, I did the math, and I have been coding for 76% of my life.

How many coding languages do you know?
Half a dozen or so.

What made you want to work at ArrowStream?
Before ArrowStream, I was working as a lead architect at an insurance firm and I was communicating with some former coworkers who happened to be working at ArrowStream. They were reenvisioning the platform and they were given the freedom to do whatever they wanted, so they reached out to me for consultation and at nights we would just sit there and brainstorm, talking through different options. It was exciting, almost like being at a startup, So while at first I was thinking I’d just help out, I got so interested in it and was having so much fun that I ended up deciding to just make the move to ArrowStream. Haven’t looked back since.

What do you like about the role?
I used to be the director of both application development and architecture, which meant that I was running the day-to-day operations of the dev team and was supposed to be this forward-thinking software architect; and the problem with that was due to lack of time and focus, I did both jobs poorly. Deepak realized how important our architecture is to the future of our platform and we decided to split the role, where Bill Cummings is managing the day-to-day development and I am more focused on our architecture.

Oftentimes, we are stuck being reactive, and so now that I can look more towards the future, we can be more proactive in our approach. We know where we want to go and Product/Sales knows where our customers want us to go, and I enjoy formulating the game plan to get there.

What do you like about ArrowStream in general?
I have always answered this question the same. It's definitely the people that I work with. There’s no politics, no egos, just people that care about what they do, the products they are building, and the company they work for.

After 12 years with the company, what has been the most significant thing you have learned or gotten better at?
It gave me the opportunity to do a lot of things that are just outside of what your typical IT professional would do. I came from big companies with a lot of people reporting to me, and I think that at these big companies you only do one thing; then you come to ArrowStream where everyone wears many hats – you get a chance to do a variety of work.

The single greatest thing that I have learned is the value of a good team. A good team doesn’t scale your capabilities linearly, but exponentially. We have done so much with such a small team, and those achievements were only possible because of how well we work together.

Is there a specific project that you are particularly proud of?
Yeah, the recent DMA store order project. It was the first application we built that is completely cloud native, which allows us to take full advantage of the cloud distributed computing model. We get all the performance, scalability, elasticity, and resiliency that the cloud offers.

The reason I am so proud of it is that going in, everyone was new to the cloud. It required the team to invest a lot of hard work, dedication and quite a few weekends to come up to speed. The extra effort that everyone put in is what made that project successful and memorable.

What is something most people don’t know about you?
In addition to my three children, I also have a seven-year-old granddaughter.

What is your favorite restaurant?
I eat keto so my options are super limited, but any place that I can get a 20oz ribeye I’m in for. Ruth’s Chris works for me – any place that has steak.

What do you like to do in your free time?
Having three kids, I don’t have much, however, I do like working out a lot.

What does the future hold for Steve Glosny?
I adhere to the theory that most people in their career get promoted one level above where they’re truly effective, and I believe I’ve found the place where I’m most effective. I have been in this role at ArrowStream and at other companies for the last 15 or 16 years. I like where I’m at. That’s not to say that I am not growing or learning new things every day, I am just doing so as an architect, something I am very proud of.