ArrowStream economists note that although there’s been some modest price softness for cheese blocks recently, this market, along with the cheese barrel market, remains historically inflated.

"As of June 30, both cheese (2.6 percent) and butter (10.8 percent) stocks were above prior year according to the USDA’s monthly cold storage data yesterday. However, the drawdown in both from the prior month was historic, to say the least…especially cheese. This suggests disappearance (think: consumption), but we won’t be able to confirm that until the production and trade data are released next month. Look for disappearance to ease due to the high prices for this summer."

"Cheese prices will likely remain volatile going forward especially with more U.S. government dairy purchasing expected. The U.S. government still has allocated dollars for future food box purchasing activity, including dairy, which could bring support to cheese prices in the near term. Nonetheless, from the big picture perspective, there is still major downside price risk for the cheese markets." 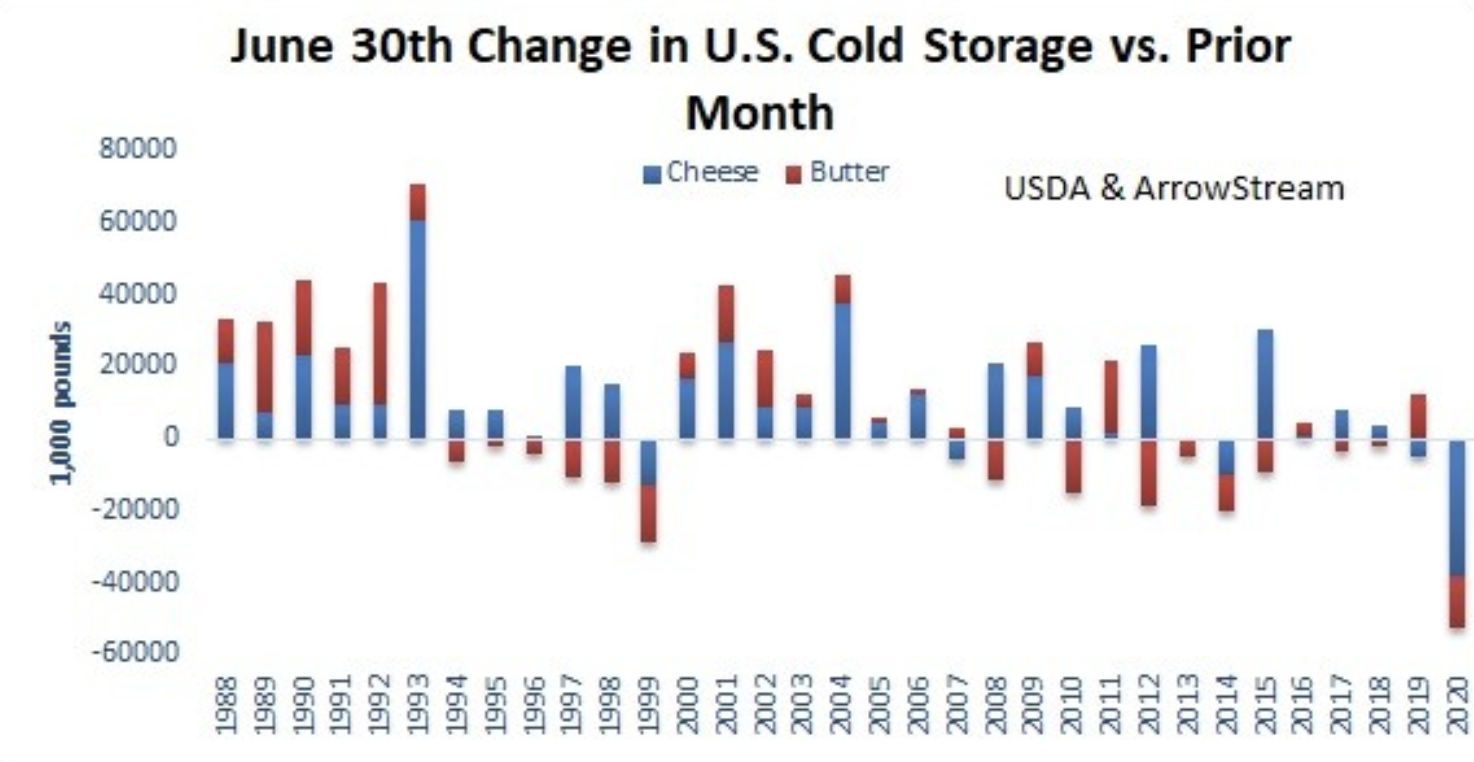