David Maloni, ArrowStream's EVP of Analytics and commodities expert, reported that May's chicken production was 2.2 percent better than 2018 with a year-to-date output higher by 1.2 percent.

"Despite this year’s lackluster chicken production growth and inflated prices, chicken wing consumption has remained resilient," said Maloni. "In May, U.S. chicken wing disappearance was 5.3 percent bigger than the prior year and the second largest for any month on record. And as the chart shows, the 12-month average of wing disappearance stands north of 2.5 percent for the first time in 15 months. We still expect better year-over-year gains in output to weigh on wing prices in the coming months. But the downside will be tempered if consumption remains strong, particularly if retailers step up take-out wing feature activity like they did in May and early June." 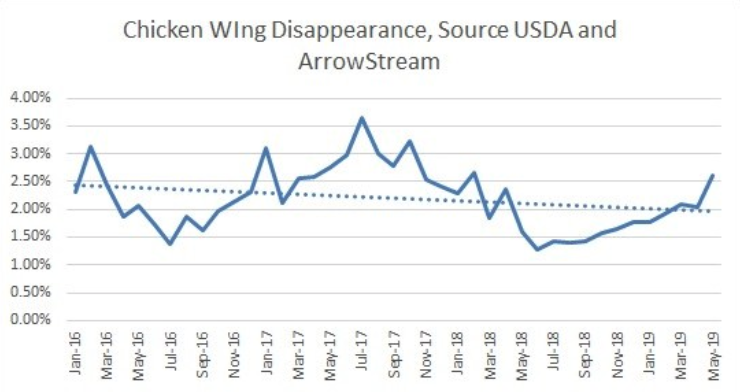