This week, the USDA released its dairy cold storage data, and David Maloni, ArrowStream economist, noted that the news was generally favorable.

"September 30th domestic butter stocks were 7 percent bigger than the previous year," said Maloni. "Supplies were drawn down during the month for the 48th consecutive year but by the smallest amount in that time period."

"Cheese holdings were just .8 percent less than 2018 with the September build the second largest in seven years and the third largest on record," noted Maloni. "In other words, for only the third time on record since 1988, domestic cheese stocks climbed in September. Nothing here that would change our stance that the risk in cheese prices is to the downside." 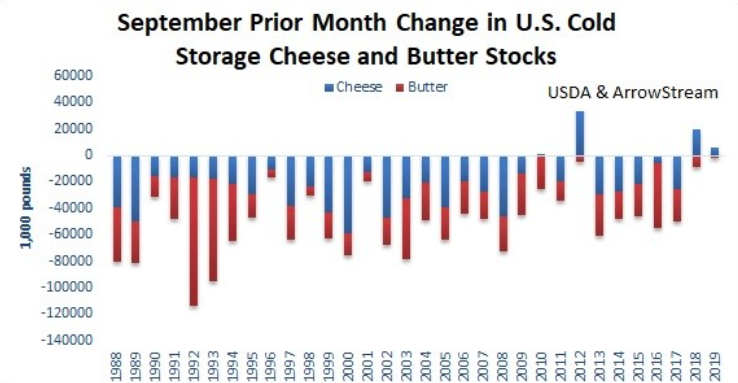