David Maloni, ArrowStream's economist, noted this week that chicken wing prices haven’t rallied as they usually do this time of year. 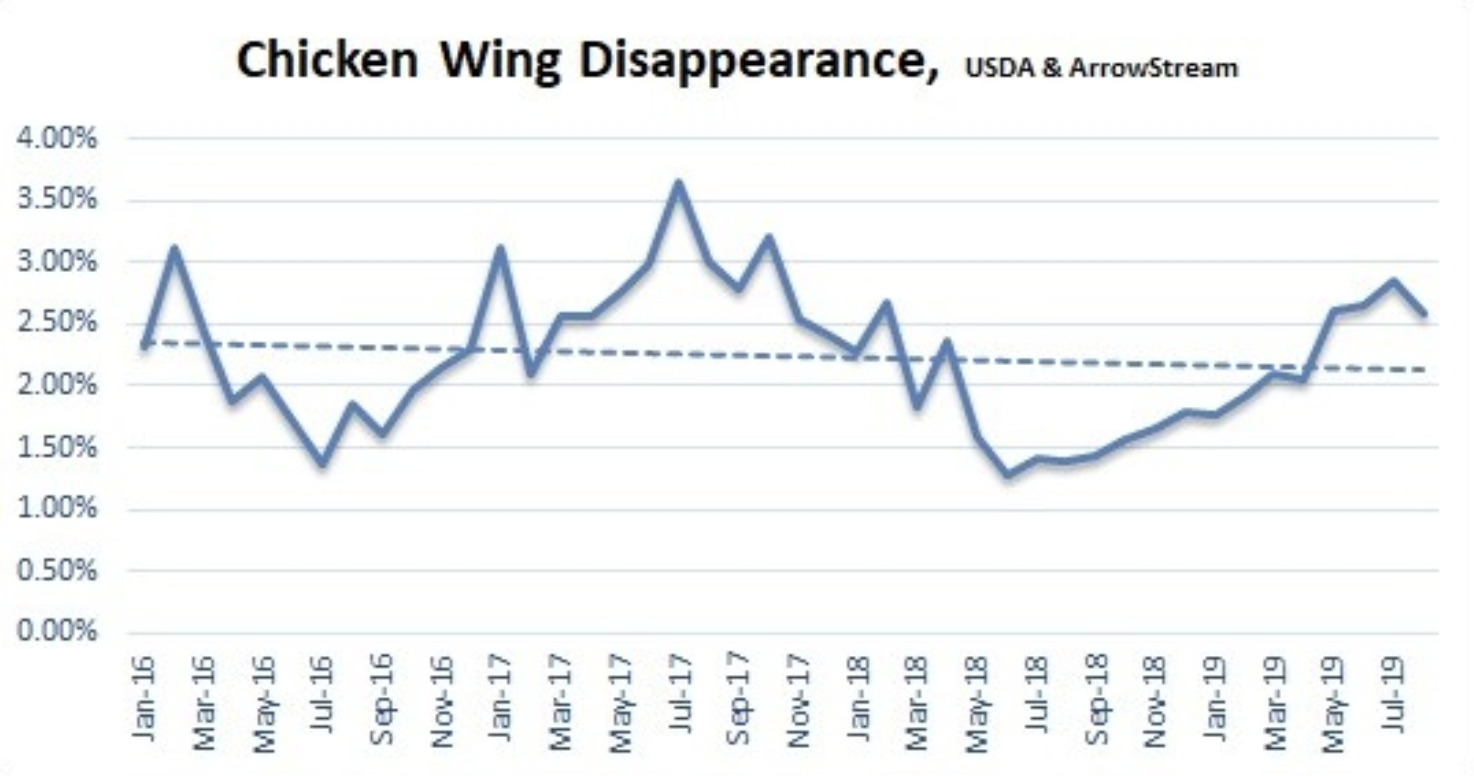 Maloni states these challenges are mostly "due to the inflated price levels and better annual gains in chicken production in the coming months."